Abiom has over 14 years of experience delivering body worn video solutions to critical communications users.
The Lifeline end-to-end solution includes bodycams which are superior quality, innovative and intuitive to use. 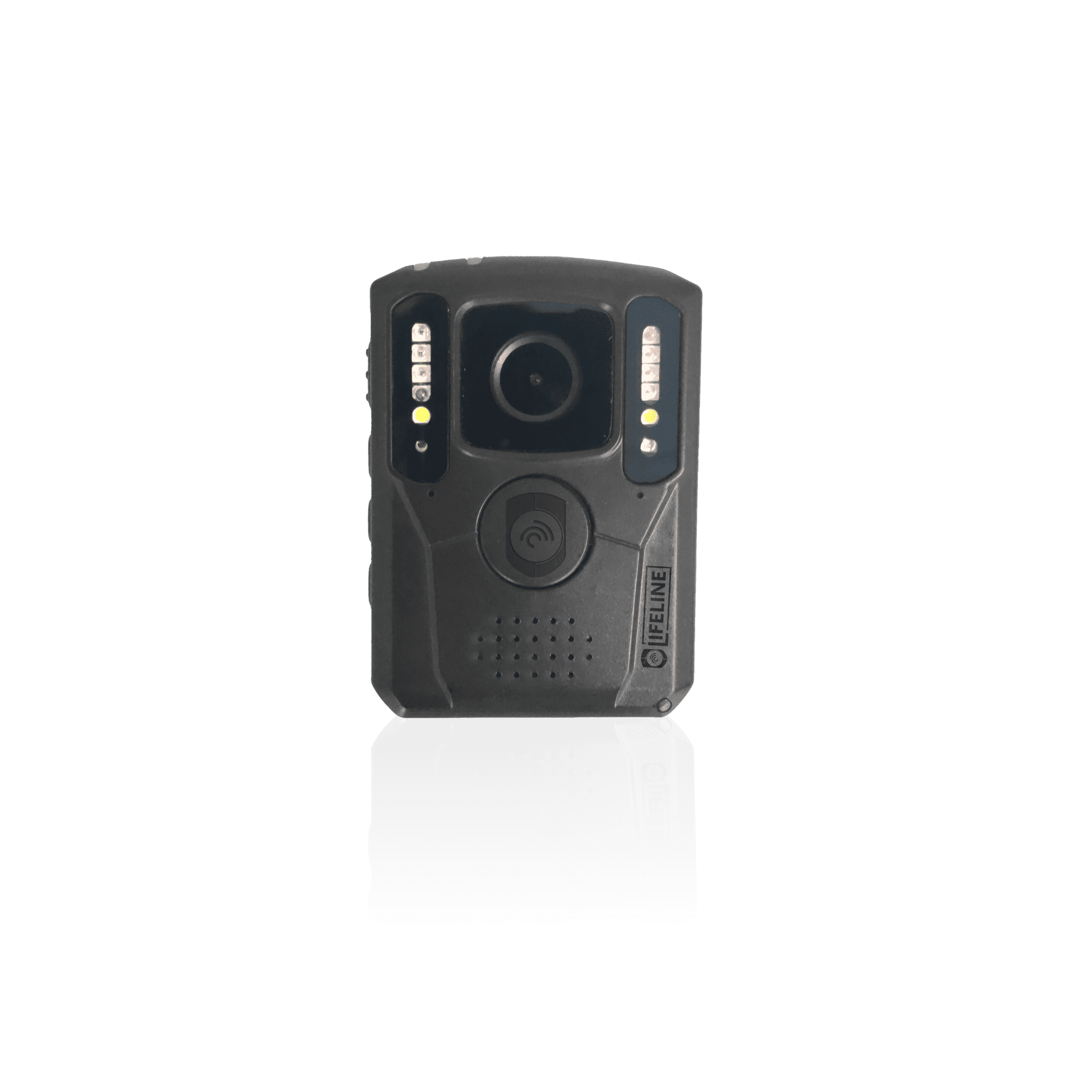 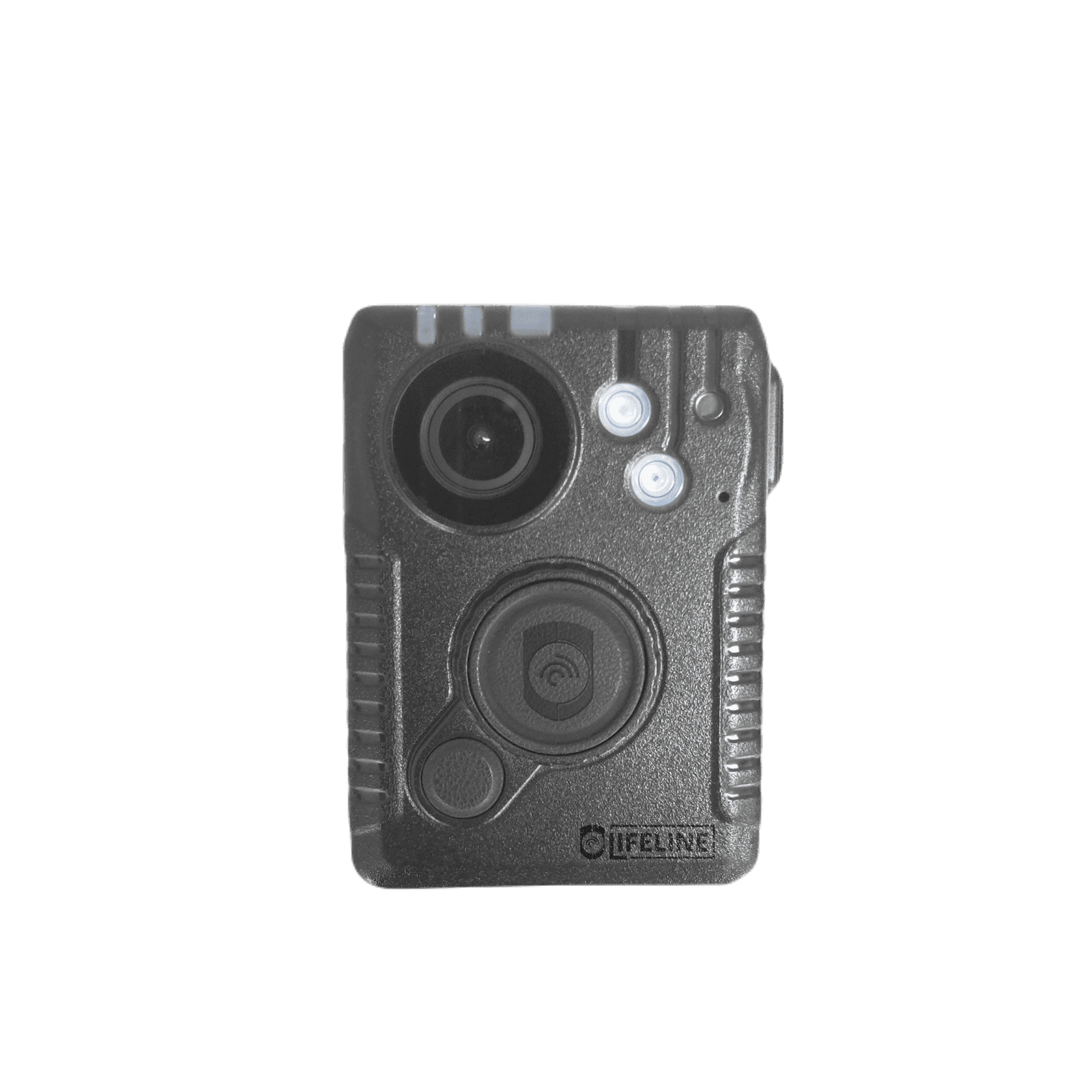 Lifeline MCX solutions software is built with cutting edge modern technology. Our software is built using a NoSQL database server. This gives our customers many benefits and advantages, now and in the future compared with our competitors.

Man down function is standard on the LBC-4G bodycam. The Man down function is using a tilt-switch (G- sensor) which can detect deviating differences in gravity and starts recording (autotrigger) in case the user is moving much more than they ordinarily would.

Our live stream 4G solution (the LBC-4G) is equipped with an emergency button. One push will trigger the alarm in our software and can be followed up in the control room. The software then automatically zooms in on the corresponding bodycam issued in the field. The location is known instantly and a live video stream can be opened, audio and video communication can be started with the alarm pushing user. Necessary assistance can now be provided. This important safety function can save lives, especially in situations where every second counts.

Locating your staff real time in the field is easy with this great feature. Pinpointing locations and controlling strategic positions, directing and assisting your colleagues in the right direction. Choose your preferred map, whether it is a google map, satellite or any of the other available maps.

Our LBC-4G bodycam is the smallest and lightest real time live streaming bodycam in the world. Monitor, guide, assist, instruct and communicate real time with your staff in the field. Genuine 4G audio and video streaming over the internet worldwide. No extra external devices (like a cell phone) or cables are needed for live streaming. It is, without doubt, the best bodycam currently available in the world.

The LBC-4G bodycam is the only bodycam in the world that is equipped with a UV light. This UV light is very useful in many situations. UV light is often used for; documents authentication (passports, Identification documents, drivers licenses and money). UV light is also used at crime scenes to detect, blood, bacteria, DNA, and even oil is detectable using UV light. These options can be monitored real time due to the live video streaming option of our Lifeline Bodycam solution.

Extended system statistics can be generated from our solution to get a detailed report about the use and effectiveness of your staff. Valuable management information can be produced.

LManage Pro is a high-end and reliable digital evidence management system (DEMS), created and built by Abiom in the Netherlands. Its features include: create and manage users and user roles; control of retention period of evidence; full audit trail; make exports of video evidence and audit trails; add meta data, add tags/comments and create categories. We designed and built our digital evidence management system L-Manage Pro to give you, our customers all necessary security layers, safety tools and freedom to use our solutions the way you want, and store evidence wherever you want local storage on a dedicated laptop or desktop computer, (central) server based, hybrid or cloud? Our customers decide and can choose the best suitable option.

Hands free voice over IP ( VoiP ) two way audio transmission is available using the Lifeline Bodycam solution. The control room can talk to the officer in the field without using a cellphone or two way radio, by communicating directly to the device. This can be a valuable backup communication system in case other communication fails.

No matter what size your bodycam's battery is, when the battery is empty you have to take the whole bodycam back to the station or to the office and charge the camera. During this charging period, the camera is not usable and is missing in the field. Lifeline Bodycam now has a solution which offers a changeable battery. So there is no need to put the camera in a charger at the station or office for 6 to 8 hours. Just have one or two additional spare batteries in your pocket and you are ready for a uninterrupted recordable shift. Our LBC-4G bodycam even has an internal battery which lasts about 10 minutes during the “hotswap”of the battery.

The LBC-4G combines the best of both worlds, local recording and live video monitoring.

The LBC-4G has the revolutionary option to live stream video (and audio) real time over a 4G network without any un-safe cables or external units. This allows you to monitor, guide and advise your staff real time.

It is the only bodycam in the world that can perform live streaming in two protocols rtmp & rtsp/onvif.

With its weight (only 167 grams) and small size it’s the lightest and smallest bodycam of its kind.

The LBC-4G is the only bodycam that can perform live streaming in more than one protocol.  As standard it uses the RTMP protocol.

By just selecting a checkbox in our software you can switch to the RTSP/Onvif streaming protocol.  Options like this makes the LBC-4G the right choice when you are looking for the best live streaming bodycam.

The LBC-4G is equipped with an alarm button on the camera which can be pushed in case of an emergency.  A loud alarm will sound in the control room and necessary action can be taken by dispatch.

Thanks to the changeable battery combined with a built in battery you will never run out of power, you can change batteries while filming a/o live streaming.

Our "man down" function will start recording automatically in case a user starts running, or falls down and didn’t have time to push the record button.

Combined with its two way audio function this camera is the best "lone worker" safety device on the market.

The IW4G can literally save lives.

The LBC-2A is an exceptional rugged body camera suited for everyday use.

The LBC-2A is the first and only bodycam that connects with our smartwatch. Paired with the bodycam this smartwatch will activate the camera in case of an abnormal rise or decline in heart rate. So even in high pressured scenarios where the user may forget to start the recording, the LBC-2A will ensure it captures every second.